Failure is the doorway to greatness. 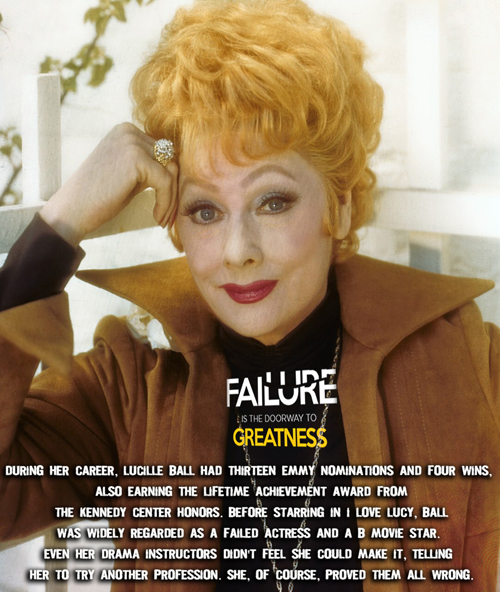 During her career, Lucille Ball had thirteen Emmy nominations and four wins,
also earning the Lifetime Achievement Award from the Kennedy Center Honors. Before starring in I Love Lucy, Ball
was widely regarded as a failed actress and a B movie star. Even her drama instructors didn’t feel she could make it, telling her to try another profession. She, of course, proved them all wrong.

Got something to say? Go for it!